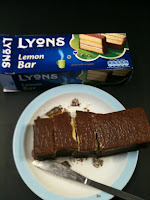 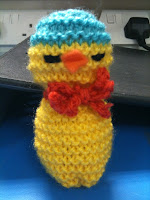 Monday and Oh I just remembered how bad it was to get up in the dark. My body clock still thinks it is 4:50AM. best laugh of the day was my colleague recounting a story of how he used a microwave egg cooker to boil an egg and how it exploded all over his kitchen when he removed it. I think the biggest laugh was it took 4 minutes in the microwave (saucepan=3 mins) and he had to get the saucepan out anyway to boil another egg! this is from a guy with loads of BSc s and BAs as well! I had to drive the longer way home tonight because of roadworks in Grove Park but I was 5 minutes earlier than normal getting to the M20...Work that one out!

Tuesday I go to Lidl on the way to collect Sarah from work. I have been checking some of their motorbike gear but whenever I go in there they never have what I want. Tonight is no exception. So I spend 87p on some frozen potato waffles instead. We both decide we can't be arsed to cook so its a chippie tea. Sarah meets one of her colleagues in the chip shop who says to us "You couldn't be arsed to cook either!"

Wednesday and I treat my colleagues to a packet of good chocolate cookies. I reckon that the fencing people must employ Easter bunnies because they can't deliver my panels until the end of next week, because of Easter. I reckon Bank holiday monday was going to be rubbish weather anyway. I buy a knitted easter chick with a creme egg in at work in aid of charity, see pic above...well I did take pity on it!

Thursday and one of the guys brings in Almond cakes from the Costcutter down the road. They are surprisingly good! Then the boss brings in Rolo cookies so that was tea break sorted! Stopped off on the way to my parents to have my ears lowered. The heavens opened big time tonight, It was like Ming the Merciless had his hand on the weather controller! By the time I got to DVH it was dry & sunny. yet more cake now as its C.O.W night ( see pic above) Neil got a Co-op special again. The drive home was very busy. Everyone is migrating to Europe for easter & I don't blame them. Forecast is not good.

Well its friday and not raining yet. Did the rounds of the Garden/DIY centres looking for garden furniture. The homemade cake in the Tenterden centre was very good! We finally bought a patio set and head for home. thats when it rained again so had a couple of bacon sarnies and sorted through a mountain of paperwork that needed sorting/shredding. Realised that the Folkestone beer festival has passed us by, oh well I'm sure Manky & co had one or two for us! Friday night is Chinese takeaway night. Chun Wah delivers the goods yet again!

Saturday and get up early for the Malaysian GP qualifying which dovetails nicely into leaving home at 10AM to go into town. Yet another visit to the DIY store to buy the composting bin we forgot to get yesterday. 20% off as well I do like a bit of discount! I decide a want an HD camcorder for my birthday and theres one in Argos that fits the bill. trouble is theres not one to be had in Ashford so its off the Folkestone. What a bloody shame, Folkestone is a shambles now. Nothing on the seafront, No amusements, market or fairground rides and they have closed the water lift as well. Even the rock shop in the old high street has gone. Anyway got a good deal on the camcorder so its off home for dinner & Dr Who!

Easter Sunday, Malaysian GP & a win for Vettel. Off to the parents for sunday lunch, which was nice and even had Christmas pudding today as well. got home about 5pm and did a bit in the garden. Set up the composting bin so that is ready for the 1st load of grass cuttings..Sarah's parents are down tonight & staying with us this week so we have a house full. At least its Bank holiday tomorrow...We may go to Dungeness!