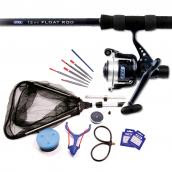 We had to pop into town briefly this morning, just to get a few things and pay the odd bill. I notice that the shopping centre car park still charges £3 all day which means if you're there for less than a hour (as we were) it's a bit of a rip-off. We called into Angling Direct on the way back because we had seen a fishing kit bundle for £40 on line and it seemed like a bargain. The nice lady in there informed us that they didn't have any in stock, but the Faversham branch did. We wanted two rods and reels but it was still cheaper to buy two kits as the cheapest rod and reel came in at over 40 quid.

So after programming the sat-nav it was off to Faversham. The shop was located on a residential street (think Coronation street) and parking was a nightmare, but we found somewhere near to the shop and came away from there with two sets and a tackle box. The traffic was a bit busy getting out on to the A2. Turns out there was a Hop Festival on this weekend. As we were in the Medway towns we decided to pop over to Whelans on the Isle of Sheppey, the best Garden ornament place in Kent. En route we stopped for a bite and a drink in Sittingbourne, then on to Sheerness. We came away with yet another concrete cat.

For the first time in a few weeks its a night off tonight, so we fired up the BBQ and had some VERY Hot n spicy ribs and chicken with salad. Then settled in front of the TV for Dr Who and the X-factor. 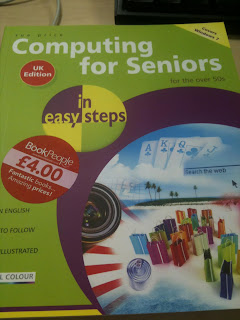 We were going to dinner at my parents today (It's my dads birthday tomorrow) so it was off to Asda first thing for the weekly shop. I think it was due to the fact we didn't need any cat food that the bill this week was quite reasonable. We set off for Bexley around 11am, and having seen a Facebook post that some of our friends were flying kites at Leeds Castle, I had a look as we went past on the M20, and sure enough there were kites up of all shapes and sizes.....Impressive.
My Brother and sis-in-law arrived just before lunch with a surprise for my mum. They had set up a notebook PC for her with a Facebook and Skype account so she could keep in touch with us and the Oz contingent. He had bought her a book as well called 'Computing for Seniors' and actually after the first attempt on FB, and a Skype demo with my sis-in-law on her iPad she was getting the hang of it, having never used a PC before. Then my other brother, sis-in-law and nephew turned up so it was a real family get-together. We stayed until about 4pm.


Now after a tea of Nicoise salad (look it up) , I'm now watching this new TV show 'Red or Black' . OK the premise is simple enough but they seem to have people on there who are so desperate to win due to financial hardship, treating their kids etc.. that when they don't there's tears and break downs. It doesn't make for comfortable viewing. Anyway now there's a break in proceedings so I'm going to get some sounds on the HiFi for 30 minutes!