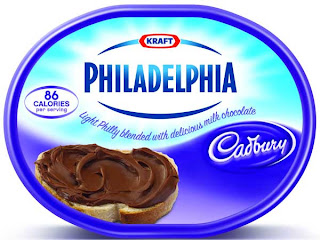 Went shopping, Had lunch at the Blue and White Cafe, drove home, did housework, made cheese straws, Put Arnie in a cage in the Garden for a while.
That was our day in a nutshell. In the evening though our friends came round for a drink and a chat, We ended up watching two episodes from series one of Little Britain, I don't know how we got round to that subject. We also tried new Chocolate Philidelphia Cheese, on Digestive biscuits. All I can say is wow, mini chocolate cheesecakes! 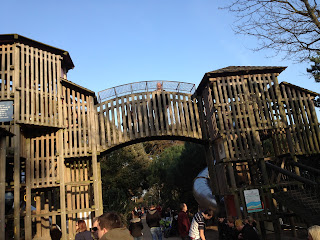 We couldn't decide what to do today. Do we take advantage of our English Heritage membership? Well no because most of the places don't open until April. I put on Facebook that we were thinking about going somewhere but didn't know where, and our friend Tina said they were going to Kings Wood for a walk and we could join them. So we set off for Kings Wood via Dobbies and B&Q. Then whilst we were in B&Q  my mobile rang. It was Dave telling us about a change of plan, we were going to Hythe.
So we arrived at their place and set off  in Tina's car, following their Son, Girlfriend, daughter of Girlfriend, and Fudge the Dog.
We drove through Hythe......and didn't stop. We eventually arrived at Sandgate, not quite Hythe.  We were walking on the coastal path to Folkestone, stopping on the way so Lacey could play on the great playground stuff they have en route. I have never been here before, I honestly never walked beyond the Water Lift. We arrived at the Harbour where we had arranged to meet James, Kat and Sidney. I treated myself to some seafood, it must be thirty odd years since I ate seafood down there, and Sarah bought some chips, which we shared. After a quick walk on the beach (tide was in so not much of a beach) we ambled back to Sandgate, stopping to throw stones at the bell between two posts on the seafront. We also  stopped again so Lacey (and Dave) could play on the giant kids climbing frame/slide/zipwire thing (See Pic). It was a lovely walk, great weather and I feel I had some good exercise today. Here's to next time!