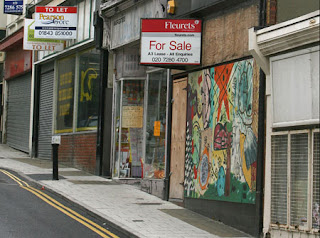 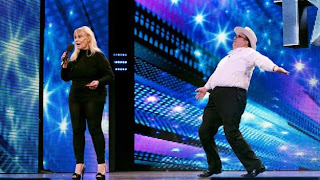 I slept quite well last night. I think spending yesterday afternoon gardening helped. Holly the cat decided that we were not going to sleep in though, and after being trampled on and meeowed at I got  up to let the cats out. I then decided to do some ironing. After breakfast I checked my emails. I have been expecting an important one all week, then it dawned on me that it was probably stuck in the spam folder on web mail. Sure enough it was so now I can proceed with things. Watch this space! I then had a Skype call with my Aussie cousin. It was the first time I used Skype on the new laptop, and during our conversation the webcam decides to zoom in randomly for no reason, strange. Anyway after a good catch-up we went to Maidstone to check out an ornament shop, yes we are still filling the wall unit. Unfortunately there was a distinct lack of ornaments in the ornament shop, it having closed down only the week before. Yet another high street shop becomes the victim of the recession. We had a quick lunch in the Italian cafe in the Chequers centre, then after buying a few bits we needed set off for home, via Homebase to replace the workmate I managed to destroy yesterday. That will teach me to buy a Wickes cheapy one. After an afternoon spent doing more stuff in the garden I sat back and soaked in the nice weather with a cuppa. Then realised I missed the F1 qualifying, Luckily the iPlayer had it so I managed to squeeze it in before dinner. Tonight is all about talent shows on TV, with BBC1 showing 'The Voice' which I am quite enjoying. Then over on ITV its the car crash telly that is 'Britains Got Talent'. I only watch this for the fact they tend to show more people with no talent, which goes against the title somewhat. But it is good entertainment! Tonights show had an equal mix of terrible (see pic), bizarre, shows promise and in the case of the last contestants, Stunning. The best funny bits are still provided by Ant and Dec though! 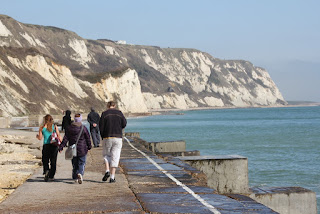 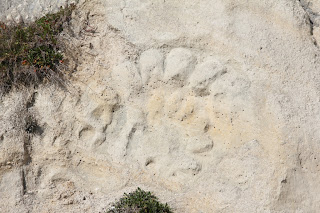 After a morning shop, and preparing dinner for tonight we set off to Dave and Tina's place for a trip to Folkestone and a bracing walk along the Warren. For those not in the know the Warren is the coastal path at the bottom of the cliffs from East Cliff to Abbotscliff near Dover. We met up with Lukey, Kat, The dog Sidney and one of Dave's colleagues The weather was superb, with just a ice cool sea breeze to take off the heat from the sun, and the walk was quite easy on the way down, with a bit of an incline as we neared the East Cliff. Photos of the walk including some interesting shots of unknown items we saw, can be found here.

According to Google earth we walked about 5 miles. Not bad for a Sunday afternoon stroll. It would have been nice to get an Ice cream but the bar/restaurant at East Cliff Pavillion has gone a bit posh since I last went there (about 20 years ago) and now they don't sell things like that.
We arrived back home after dropping off Dave and Tina, and luckily I found some FAB Ice Lollies in the freezer which went down a treat. After Grand Prix and a smashing dinner I'm now watching 'Avatar' then later on ITV there is a new drama Titanic to watch, even if I do know the ending!