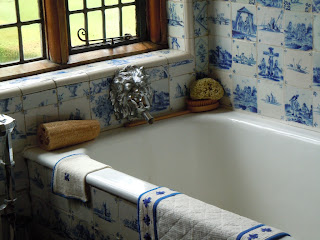 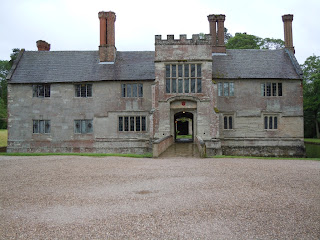 Greetings from not so sunny Birmingham. We have been here since Wednesday staying at Sarah's parents. During that time we have shopped in the city, got rained on, visited a couple of stately 'omes (see pics) and seen MIB3. 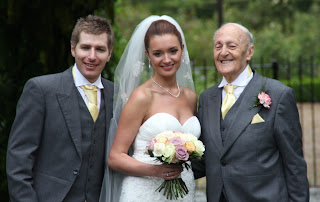 So its off to Macclesfield for the wedding of Sarah's Niece. After a good breakfast, prepared by myself, we set off oop north. It took about hour and a half to get there. After checking in at the hotel and a quick snack we made our way to the very picturesque Adlington Hall for the Wedding. The weather could have been better, but it did stop raining whilst the photos were being taken. So we sat down to 3 courses, wine, bubbly and coffee, then there were the speeches, including a rather funny but risque one by the best man. Evening came and it was time for the band. I was impressed by their repertoire, they played everything from Kings of Leon to Sugarhill Gang. And they played them well. Sarah and I even got up for a dance, which is something I hardly do these days. We said our goodbyes and headed back to the hotel. I was feeling rather uncomfortable after all that food and drink so I was glad to get to bed! I know from experience it takes a lot to organise a wedding, and this one was perfect. Everything went so well and we are very pleased for the happy couple.

I slept really well. The beds in these Premier Inns are actually as good as it says on the advert. We had a spot of continental breakfast then the family split. Some went off for lunch with the happy couple. The rest of us went to Jodrell Bank which was only a few miles from our location. 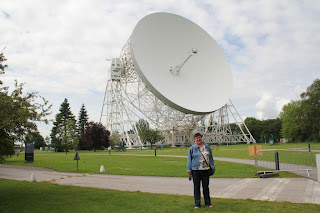 The Lovell Radio Telescope is a very impressive beast. At one time it was the largest in the world at 76m diameter. As we arrived they were moving it into position, and I tried to take video with my DSLR, and failed, having pressed the wrong button. OK here's a warning to one of my readers who said I look after my pennies, which I don't really by the way. I'm about to have a moan. At £6.50 each to get in you didn't really get your moneys worth. There was a visitor centre, of which some the displays would not have been out of place in the Science museum of 30 years ago....and that was it. They had some sound mirrors there which were interesting for a few minutes, but apart from that, if you are thinking of going don't make a day of it. We stopped for refreshments there and I had a coffee and an apple danish, which for some obscure reason they microwaved, and Sarah had some chocolate cake, which wasn't the best either. One interesting thing they had in the cafe was a series of clocks. Showing GMT, Sidereal Time (23 hours and 56 minutes per day), Mars Time (61 minutes per hour), Venus Time (243 days per 24 hours and runs backwards) and Jupiter time (9.5 hours per day) That one was quite odd as the second hand was whizzing round. The one showing Black Hole time had stopped obviously.....

The Journey back to Birmingham was uneventful. The M6 isn't the most exciting of roads. As I was a passenger I was playing 'scan the radio for local stations' and I have come to a conclusion. Most local radio stations, apart from some BBC ones, are total cack, so I put on a CD....

We are heading home tomorrow to a whole world of stuff that needs doing, We have to...Collect cats, Collect or complain about the car (still no news), take cat to vet, do shopping and I have to record a 2 hour radio show...Phew!