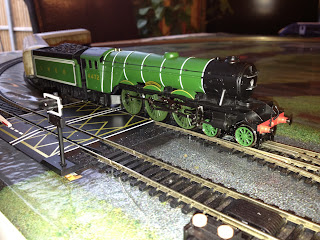 It was one of those days where you have plenty of time for stuff during the day, then it all goes into panic stations later on. We went out about 10 AM to buy some provisions for stargazing live.  On the way home I was drawn to the model shop where I spent a bit on stuff for the railway layout. My Flying Scotsman turned up this week so I now need to turn my attention to the scenery. We decided to dine out for lunch so we went to the Harvester which actually wasn't too bad. The last time we went about 3 years ago I vowed never to set foot in the place after a really bad experience there. I think they are OK when the place isn't too busy .
Then it was home for an afternoon on the train set before Andy arrived to help us get the stuff together for SGL. That's when panic set in. I couldn't find my notes for the talk, so I printed some more only for the black ink cartridge to run out on the printer. 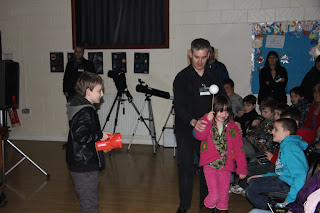 We arrived at the venue to find all the volunteers in full flow. There were chairs and banners being set up everywhere. I set up the PA and sorted the merchandise whilst Sarah, Tina and Anita sorted the refreshments all in readiness for the expected crowds.The evening went really well. I reckon we had about 160 turn up. It could have been more if the weather was better but as usual the clouds had other ideas. After a great presentation from Drew we had a quick cuppa, then a rather pricey burger (good but way too expensive). It was a shame that it was still cloudy, but we had a contingency plan, in the shape of Dave, who gave his great talk on the Fermi Paradox. I had set up my talk as well, but we decided to have a 'Grill an Astronomer' Session, which meant there was not enough time. That may be a regular feature at our meetings in the future such was the success of it, even though one of our experts said a rather rude word! What a great evening though. That is the forth event we have put on and yet again it was a resounding success.


I slept well last night, SGL must have worn me out. We went to ASDA about 9:45. I have decided to get a new laptop. My old one has been giving me evils all week, starting with overheating when I least expected it, then it kept throwing me off the wi fi which really boiled my piss! So enough is enough, and I ventured to PC world. I know a lot of people groan at PC world but they do have the best selection and occasionally some special offers. So I picked up an HP Pavillion in red with 4GB of RAM and 500GB hard drive for £349. I had mulled over processors but I won't be gaming or doing anything heavy so an AMD dual core was sufficient. I also added Office and Norton. I also blagged a free laptop bag as well. If you don't ask etc... 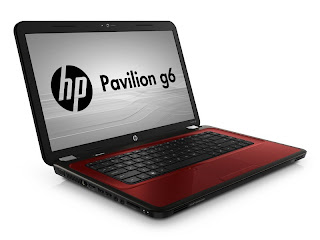 I was going down to the studio today, but I really had too much to sort out at home and when John said he wasn't going on because he had flu I decided not to go. So While PC world were setting up my laptop I set about fiddling with the railway layout again. I had to re-jig the power supply sections so it meant taking up half the track to do it. Just as I finished my mobile rang, my laptop was ready for collection. Some people may wonder why I opted for them to do it. The last time I bought a laptop (PC World again) the bloody thing had problems straight out of the box. They did fix it but it never was the same and was unreliable from the outset. Now I've just got iTunes on there and set up all my bits and bobs. Actually I'm writing this blog on the new one!

Until next weekend then.....