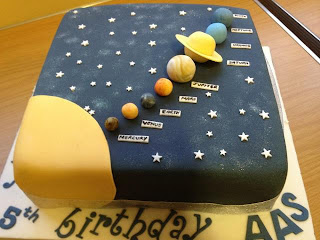 After a great evening at the Astro society last night I was amazed at the number of positive comments on Facebook from people who were there. It always goes well when we have a good talk (Denver's Moon landing one was thought provoking and excellent). Also clear (ish) skies help so we can get the telescopes out. I managed to help a couple set their go-to telescope up. They set it to point at Sirius (south) and it went North! Its nearly always a problem with entering latitude and longitude, I know because I had the same problem with mine when I first used it. anyway a quick fiddle with the settings and they were soon looking at Mars in all its glory. I also got the chance to have a quick look through 'Dobby', our club scope and Jason's 'Big Boy'. Being the 5th birthday of the society meant we had cake, and the Lemon Drizzle cake I made for the event went down a treat, As well as the superb solar system cake that was made for us by Anita's friend. 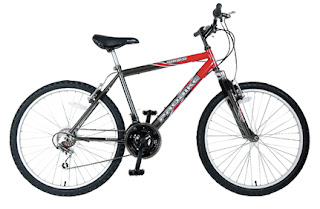 This morning we went into town for the first time in ages, 99p Store, Smiths, M and S, Debenhams, HMV and Game Station visited and I bought lottery, CDs and a few 99p items. We didn't even stop for a frothy one. On the way back we stopped at Tesco for tonight's dinner and the pet store for a new lamp for the aquarium. Then home for a quick pit stop before removing the knackered battery from the Honda and buying a new one from Laguna (£38.....ouch). The rest of the afternoon was spent filling the new battery with acid, fitting and charging it then giving the pushbike a quick once over in preparation for the bike ride to Orlestone next Friday. After a great dinner, Tesco version of dine in for two for a tenner, we went out in search of petrol. All of the smaller garages in Ashford had diesel only. Luckily Sainsburys had unleaded and no queues. It seems the panic buying is over until the government open their big gobs again and cause people to go silly. 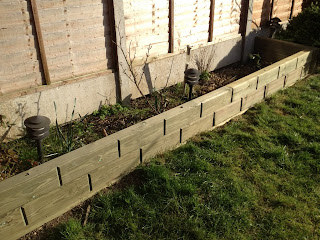 Started with the usual trip to Asda, stopping at Halfords on the way back for a new cycle helmet. The one I was sold years ago never fitted properly, it was the largest one they had in the shop at the time and it was a bit of a skull crusher. So I bought a Bell one, well they do make good motorbike helmets. I took the battery off charge on the bike and tried to start it. Well it turned over but the engine won't fire. Tried to kick start it, nothing. Checked the spark plug, that was dry so its one of either two things. Fuel blockage somewhere or no spark. Further investigation is required. We went out to lunch to the chinese buffet in town. Whilst there I booked the table for my birthday bash. I can't believe I have 24 people coming. Then on they way home I bought some new jeans in Matalan,
This afternoon has been spent building the raised border in the garden. The timbers I bought from Jacksons must be good because they were a bugger to saw through, even with a jigsaw. and then I had to use a socket wrench with an extension bar to bolt them together. I think they look quite good. Now all we have to to is dig up the plants, weed, fill with layers of hardcore, sand and topsoil then a layer of either slate, gravel or forest bark. Next weekend is a busy one so I don't think I'll be doing any more for a few weeks.

Until next weekend then (which is a long one....Woop Woop).