Friday night we took part in a quiz night. It was organised by Sarah's colleagues to help fund a family to travel to the U.S with their daughter, who is having specialist medical treatment there. Not only did we raise £1000 but our team also won, much to the consternation of Sarah's colleague, who thought her team would win. A good evening was had by all. 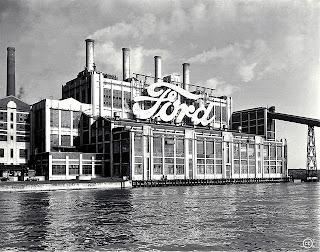 
A quick trip into town to get a mothers day card, and a mooch around HMV. They haven't got much left but I did pick up Prince - Purple Rain CD for three quid. Then after a frothy coffee we just went home. We caught up with some TV that had been recorded, then decided to do the weekly shop as we were going out early on Sunday. My watch auction finished, and I was pleased to have doubled my money. Sometimes its good to blag a bargain, and even better to sell it at good price.
I wanted steak for dinner, Sarah wanted chicken so we cooked our own tonight. Sirloin, chips and mushrooms for me and chicken & noodles for her. My steak was lovely, although the bottle of Moldovan Red I seemed to have acquired would have been better off sprinkled on my chips.

I watched 'Made in Dagenham' tonight. I thought it was an excellent film. I remember when I left school and  worked at a timber yard by the Thames at Belvedere. You could see the Ford factory across the river and I was always impressed by the giant 'Ford' sign on the Foundry building (Pic). It reminds me of the summer of '79, when I earned £30 a week stacking timber that the forklift drivers had knocked over. I was part of a crew of people all waiting to start Uni, apprenticeships etc. so we were all in the same situation. It was a great time of my life. I checked on Google earth and the timber yard is no longer there. Shame.


I woke up with a headache. I reckon that Moldovan red didn't agree with me last night, even though I only had one glass. We got up and suited and booted ready for a lunch out with the family. Unfortunately illness has struck my parents so we didn't eat out, instead having an impromptu Sunday roast at their place.

We went to Bluewater afterwards, and as usual just strolled around looking at the nice things in the shop windows. We did buy some cupcakes in John Lewis though, they were a lot cheaper than Lola ones, which did taste nice (we had a sample) but weren't worth the money. At the end of the day its just a cake for one. It wasn't too busy there, I reckon people were spending Mothers Day indoors. It started snowing on the way home. Will this weather ever improve?  Winter is beginning to get on my nerves.

Lets hope the clouds clear this week. There is a comet to be spotted and if it becomes a naked eye object someone just may have to eat something that may disagree with him. However not much has happened on the Comet spotting front just yet....