I was going to write a review of the second half of 2012 but really couldn't be bothered, so I've condensed each month into one sentence.

We went into Tenterden this morning. I had to get some  pellets for the air rifle I just purchased. Andy and  myself are going to a rifle range club in Ashford on Monday and hopefully I can get a bit of target practice.
When we got home I took down all the Christmas lights and stored them in the loft until December. I noticed one lot had packed up, so they went in the bin.
The afternoon was spent in the garage re-building the railway layout. I've changed it from 6ft x 4ft to 12ft x 2ft, and the layout will be a straight with sidings, rather than an oval. It also frees up some space in the garage. After seeing what dross they had on the telly, this evening was spent  watching 'The Hangover' A film I seemed to have missed, and I found very funny. Then Channel 4 were showing 'Inglorious Basterds', the Quentin Tarrantino classic. I watched it until I dropped off  about midnight, then retired. I can always finish it off on DVD. 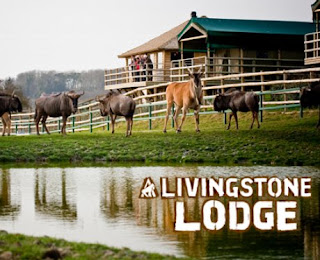 We must have used a lot of our supplies last week because the shop came to considerably more than normal. Plus we bought extra stuff, in fitting with our resolution to eat more fruit and veg and less junk. After lunch (soup) I set off for to the Radio Station to record a promo for this Saturday's Stargazing Live event. Then I was home in time for Andy & Julie, who came round so we could arrange an overnight safari experience at Port Lympne. Its all booked for May as part of my half-century celebrations, We are all very excited about it.

Until next week then....