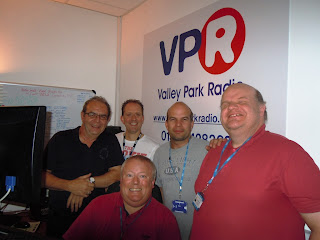 It has been quite a week. I presented my first request show on AHBS, and I presented my last show on Valley Park Radio. I will miss Thursday nights, we had built up a good evening of entertainment and of course seeing my friends weekly and catching up. I have not left VPR completely, but I will no longer be taking an active role in the station. It may be a while before I get a regular slot on AHBS,  but I'm happy filling in on any vacant request shows. DWR, the internet station I record for is off air at the moment due to technical difficulties. I can't believe that for the first time since I started in 1995 I don't have a regular weekly show. It feels a bit strange.


We had to pop into town this morning. We have been collecting the Diamond Jubilee editions of London Landmarks by Lilliput Lane, and the last one had arrived at the shop. There was a moment when they were about to charge us full price, after last week when they said it was discounted. A quick check put things right. We had lunch and watched the GP qualifying. Al phoned for a chat, then I set about de-foresting the garden. The magnolia tree in the front was starting to grow rather large. It was blocking daylight into the living room. That was pruned back to a more manageable size. The lawns were mowed, also the patio was de-weeded and treated. We then called into Sarah's nephew to drop stuff off for them to sell at the boot fair. Someone had given him a telescope to sell and he wanted to know much it was worth. 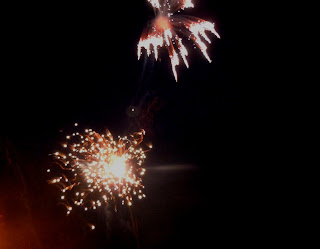 Then it was round to badger HQ to meet up with the gang and head towards Sandgate seafront for a firework display. We met up with Jose, Maria and their boys on the seafront. Manky had identified a geo-cache nearby, so we all set off in search of that. After it was found myself and Manky then went in search of an off license, whilst others went in search of chips. The display lasted about ten minutes and was good for a freebie. When that had finished we headed back to Jose's place and watched 'Rio', an animated film that must have passed me by, but was enjoyable. We arrived home about 11:30pm and I started watching a film called 'Soulboy' about the northern soul scene in the 1970's. The music was ok, pity about the acting and storyline. 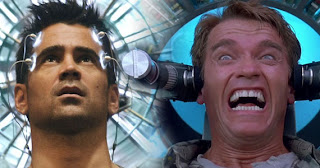 We were at a bit of a loose end today after a previously organised event was re-scheduled for next month. We decided to go to the cinema as that is something we hardly ever do these days, and we went to see 'Total Recall'. Now I'm a big fan of the 1990 version, Starring Arnold Schwarzenegger, so I had to suspend any comparisons and treat it as a different film. The premise was the same, but the location was just confined to Earth. I won't give too much away but there were one or two homages to the original, It just misses some of that Arnie humour.

Is it me or do films these days look more like video games. The action is way too fast, I reckon kids are being conditioned by online gaming to see this as the norm. Two movies I've seen this year, Mission Impossible, and this one, seem to overload the senses, the action is too fast and non-stop, with lightning quick edits. Sometimes at the sacrifice of a good story line.

Back home now and some homemade lasagne was waiting for us, a nice way to finish off a weekend.